When we started to have an idea that this game was more story-driven than mobile skill game, we needed to first make lines within we stayed. It has by far, been one of our best decisions.

It's too clear for anyone that has ever made any kind of story or bigger project, that it's easy to get side-tracked and start focusing on creating more than editing ideas you already have. But, when we made lines and boundaries for the story and what the game was about beforehand we can now tell when we have an idea or a concept we can insert in the game or do we have a thing for world-building and possibly next game.

Couple of character example have larger now story lines, but we're leaving them to the background because we have made clear how long this game is going to be. (About 2-3 hours, if anyone is guessing.)

Our structure is going to be very classical 5 act structure. This how basically because our initial level design was made by @olenbluu, that is writer on the process, so we had that. 5 arc structure has been a good choice, though.
It gives a clear formula that you can use as a foundation and strict enough, but leaves room for couple of slower moments. Basically 5 act structure is just 3 act structure, but cut to more blocks, adding more blocks to BEGINNING, MIDDLE and END.

So, now it feels that best decision anyone can do before doing any kind of game development is to make a good plan for what your making. Then comes prioritizing, maybe you don't have time for everything. But even when this comes to you, you can go to your plan and see, what can you take away without ruining everything. And this is not only for game development, it fits a lot of other creative work. Plans are not the most media sexy thing to make, but they do help.

Our concepting really started from the idea of a mobile game. Simple idea that we made into this story-driven game that we’re now making. When the concepting shifted towards more story-driven game, we made clear line (5 levels) we were going to use. But that’s pretty much a different story, for different post. Now is time to talk about Harkness.

Our beloved main character, Harkness, senior worker in GemFall Wokrforce Inc.
There has been a lot of different Harkness' along the way. First, we have this idea of protagonist being 80's manly man who walks away from the explosion. You know the type if you have seen any of movies with explosions and sweat. Or lately seen Kung Fury. All concept idea was to make the story and setting really over the top. We don't know that happened, but we shifted away from that idea.
Then came the Harkness we have now. Some things from the early concept idea were still there. He is just working there, making his living and his basically sort of lone wolf type of worker. But Harkness became more of an everyday man. This Harkness (Harkness 2.0) has evolved, but not so roughly as Harkness 1.0 (80's hero).

Like, if you look Harkness in our concept designs, he has his priorities straight. Coffee before anything else. (Well, the mug might be from his co-worker or default mug in GemFall Workforce Inc.)

So, we have heavily moved for more story-driven game so, like in last blog, we have face the need for more world-building and humane characters. Now we must care about the characters and make sure that player cares about them too. All this affects the pacing of the game, the narrative and even our game design choices. (I'm not saying cool looking hero action isn't cared for and in some cases made so perfectly that they are awesome, it's just a different kind of narrative choice that rely on different things.)

We have to make Harkness’ design that in mind. And we also need to focus on his story arc and try to bring that to the design of his character.

And about that Harkness helmet, that was inspired by Power Rangers. Here are some concept we had for it.


And finally, you can see Harkness finalized design in GemFall Workforce Inc mobile game. We may do some changes along the way, to sharpen the design and character, but this is what we have now. And it's pretty finalized. And we like him. Harkness is cool.

World-building and concepting goes hand-in-hand in game making. At least from our experience. World-building of course started much earlier (we had essential narrative script, synopsis and first draft cut-scene scripts already made 2016. Lots have changed from the early narrative scripts, but foundation for the game hasn't.) Concept art adds an essential layer for the world-building.

We had early assets for corridors, but we have now made better drawings and concepts of them. Making them feel more like sci-fi, but keeping practical aspects in them too. Like, if we were working on a space ship that specializes in hard labor like space mining and shipping, what kind of shape is working. Even though we probably don't see that labor in the game or anything, it's still a vital part because we have chose to make practical sci-fi setting for the game. Every aspect of the design is aiming to help people, hybrids and androids to work and live easier. That's actually a slogan for GemFall Workforce Inc. Or at least it should be.

So, concepting for us is also asking those stupid questions like, "How they're moving in there?", "If you bring a load of gems in this section, because, that's what they're handling here, how that's going to work?", "Where do they eat?" and "How is... um... waste control working?"

And I confess now that that last one just came to my mind while writing and it's really good question. We could go easy way, saying that they just control it. But with lot of hybrids in same place there's going to be waste. Something about burning them for energy because that seems energy efficient. (Which also comes from the fact that this world cares about being highly energy efficient.) But how they control burning the waste? You see this is a endless pit, but nice pit for a writer.

In the end of this week, we're trying to get a nice corridor assets ready or at least planned them so we can start thinking them in 3D and bring them into Unity for testing. 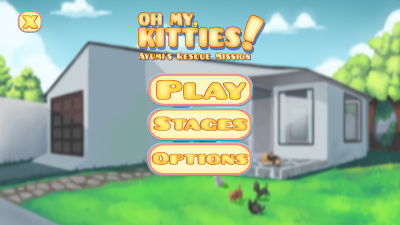 Now being February and all, we have already made progress with Peace Quarter and mainly we have been doing some research on how to use visuals and what is the visual style. Mood boards and stuff.

As we are in the indie scene, let’s just say visual style is a big matter. Well it is a big deal in every game, because it’s the first thing people see. … Every section of the game development is important, but now we are talking only about visual style.

Our genre is between the space operas and practical sci-fi, but our style is more or less stylized. Our character of Harkness is probably the best visual cue for it. Harkness is the most important piece of our game and that’s why we are building the world around him. Our tech demo didn’t really have strong sci-fi elements, but hey, it was made in 2 months and we have only one person doing the graphics. For now, at least.

Now that the visual designing of levels has begun and we hope to bring more life to PeaceQ’s visual storytelling. And it's crucial that all the aspects of the game use the same narrative. So that's a bit time consuming, but hey, none said it was going to be easy.


Did you know? Harkness’s helmet has some inspiration from Power Rangers’ helmets.