It's been a while, but there's more than just alpha demo to be happy about this fall. And more to now that we have managed to squeeze out the alpha demo and we found out a lot of things that didn’t work and things that did work. For the first, it was going to be demo, but we ended up making an alpha, which was way better for our small team and we get to test some ideas and really iterate.
Like Harkness' movement, which is now partially free and partially 2D, and then we faced into problem about the walls. And now Harkness can be seen through some walls. So it's a nice silhouette. Glad we made some rework with Harkness' design and overall shape. 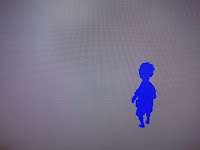 Gyostage
We were happy to be part of this year's Gyostage here in Kuopio. And we get to really try out VR so that was great. Wish we have something more to show and playtest the next year, but overall, it was great. 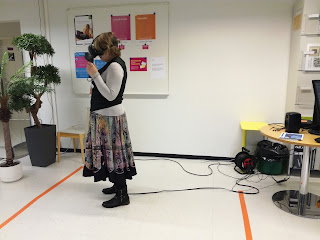 Nordic Game Week / Peliviikko
Also, we were invited to take part in Kuopio Peliviikko that is part of Nordic Game Week (which in part is part of International Game Week. It's like the Inception, which is a good movie, you should watch it).
But nevertheless, it was a great way to be part of local gaming culture and IGDA Kuopio is going to make more for the next year's events. We had plans to make the alpha demo for this event, but because some technical difficulties we barely made it, and even that was just a pre-alpha we reworked for wider playtest.

‎Junction
Part of our team, @olenbluu to be exact took part in Junction 2017 and it was a blast.

'I was pretty much on new territory because I ended up doing more graphic than I have ever done to any playable demo of ours. It was truly a learning experience for me and I hope I get to do more work with Blender and Krita and maybe be more use for our graphical designer @dicenete in future projects.' 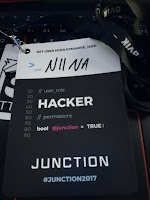 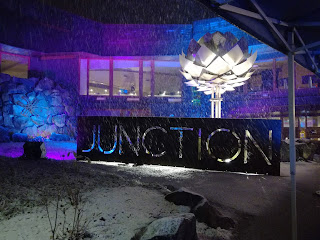 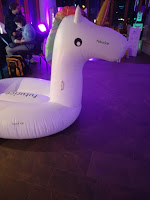 If you're interested the prototype made in Junction and full team credits can be found from https://devpost.com/software/no_name_team-project


And of course Finland celebrated 100years of Independence. Our local IGDA had pre-holiday party and so many things happened this year that it’s impossible to even start listing everything great in this year for us.

Holidays are still coming (you cannot stop them) and we're drafting the schedule again, learned a lot from this alpha demo phase (we changed some of the movement choices and made some tweaks on control, like mentioned) but nevertheless we're happy with the way things are going at this rate and most of all, we are all feeling confident about Peace Quarter being the game we are proud to make.

Happy holidays from all of Rx3 Team